Skip to content
Previous Next
US Led Consortium Wins Bid for the Redevelopment of the Historic Mogamma El Tahrir into ‘CairoHouse’, a Luxury Lifestyle Hotel and Mixed-use Complex 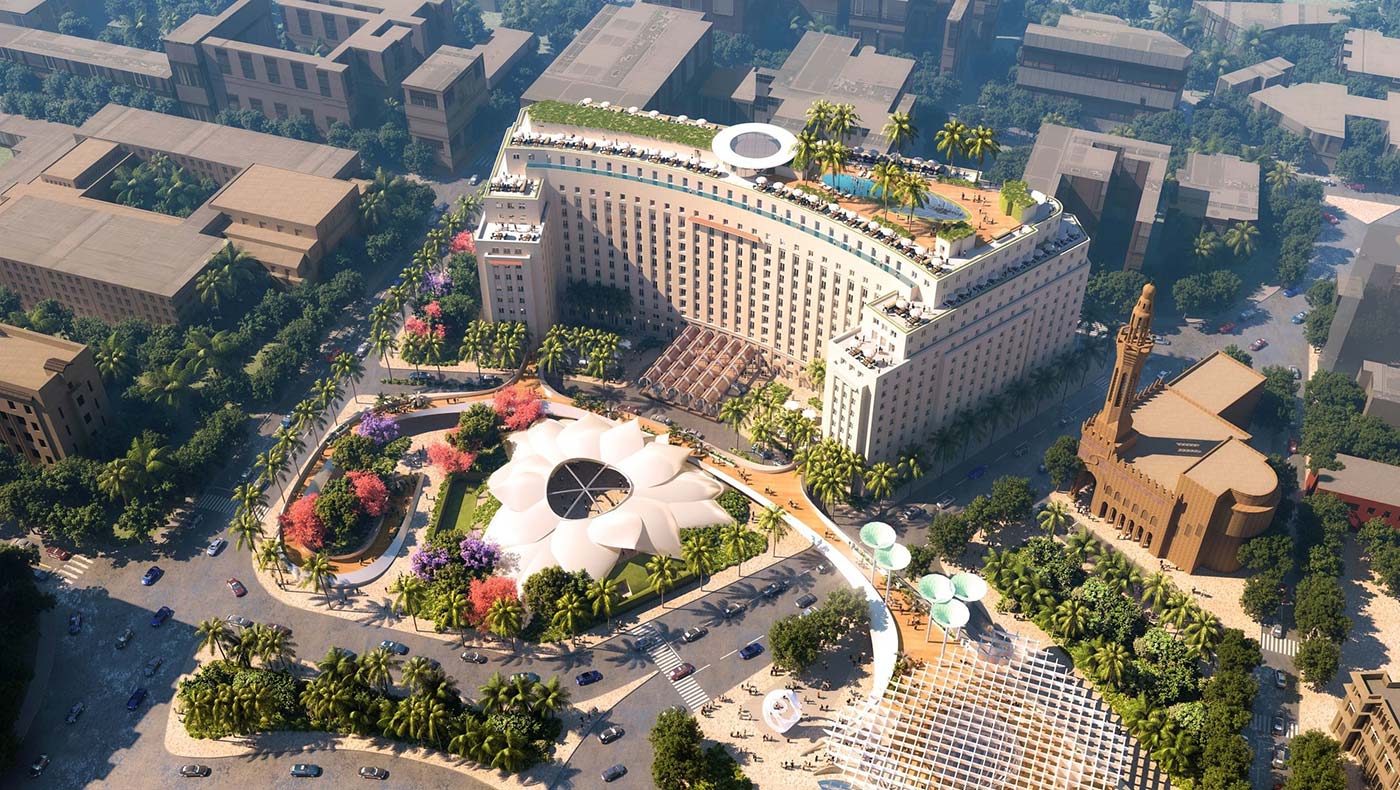 US Led Consortium Wins Bid for the Redevelopment of the Historic Mogamma El Tahrir into ‘CairoHouse’, a Luxury Lifestyle Hotel and Mixed-use Complex

CAIRO (December 6th, 2021) – On December 6th, 2021, an international consortium of developers and investors including Oxford Capital Group, Global Ventures Group and Al Otaiba Investments were selected as the winning bid to develop and repurpose the historic Mogamma el Tahrir Complex on Tahrir Square as CairoHouse, a groundbreaking mixed-use development, which will be a catalyst for a reimagined Downtown Cairo and future investment in the Egyptian economy. Chicago-based RKF Global provided legal and strategic consulting on the opportunity.

Designed by Chicago based architect RATIO|smdp, CairoHouse will include over 450 luxury lifestyle hotel rooms and serviced apartments, multiple world-class dining and entertainment venues, and over 85,000 SF of meeting and events space, including Cairo’s largest rooftop venue.  The developers also envision an iconic structural lotus pavilion, an indoor/outdoor special events and weddings venue, that will provide an additional 15,000 SF of meeting space. The entire project represents more than a $200 million investment in repurposing one of the most symbolic government buildings in downtown Cairo, in Egypt and in all the Middle East.

Award-winning international real estate investment, development and management firm Oxford Capital Group sees the agreement as an opportunity to comprehensively redevelop and repurpose the iconic Mogamma Building and Tahrir Square, “We are deeply humbled to have been chosen and have been extremely impressed with the level of sophistication and professionalism shown by Egypt’s entire Sovereign Fund team during the bidding process. We are also impressed with the strategic vision that the President and Prime Minister have for Egypt.  We have redeveloped and successfully operated many luxury lifestyle hotels and mixed-use projects in historic buildings throughout the United States.  We are confident that our deep domain expertise in this unique endeavor will serve us, the Egyptian government and its people well as we optimize the potential of this international landmark and local treasure,” said John W. Rutledge, Founder, Chairman and CEO of Chicago’s Oxford Capital Group, and its hotel management affiliate, Oxford Hotels and Resorts.

Headquartered in Chicago, Global Ventures Group specializes in creating project-based partnerships with individuals and companies to create and execute the best-in-class projects. Randall Langer, Global Ventures Group Chairman and co-signer of the development said of the agreement, “We are proud to enter the Egyptian market with this iconic Tahrir Complex redevelopment project and to make an important contribution to the vibrancy and excitement of the historical Tahrir Square area. We are confident that this project will be the catalyst to a reimagined Downtown Cairo.”

Al Otaiba Investments focuses on fostering opportunities across a diverse set of industries, markets, and regions, and looks forward to the Tahrir Complex development project as the beginning of many more pioneering projects in Egypt. “We were honored to be chosen as part of the global consortium to develop the Historical Tahrir Complex. We believe the development and repurposing of the complex will enrich the history of all involved stakeholders and are confident that our vast expertise will attract additional investment in Egypt,” said Eng. Abeer Shoukry, President of Al-Otaiba Investments. 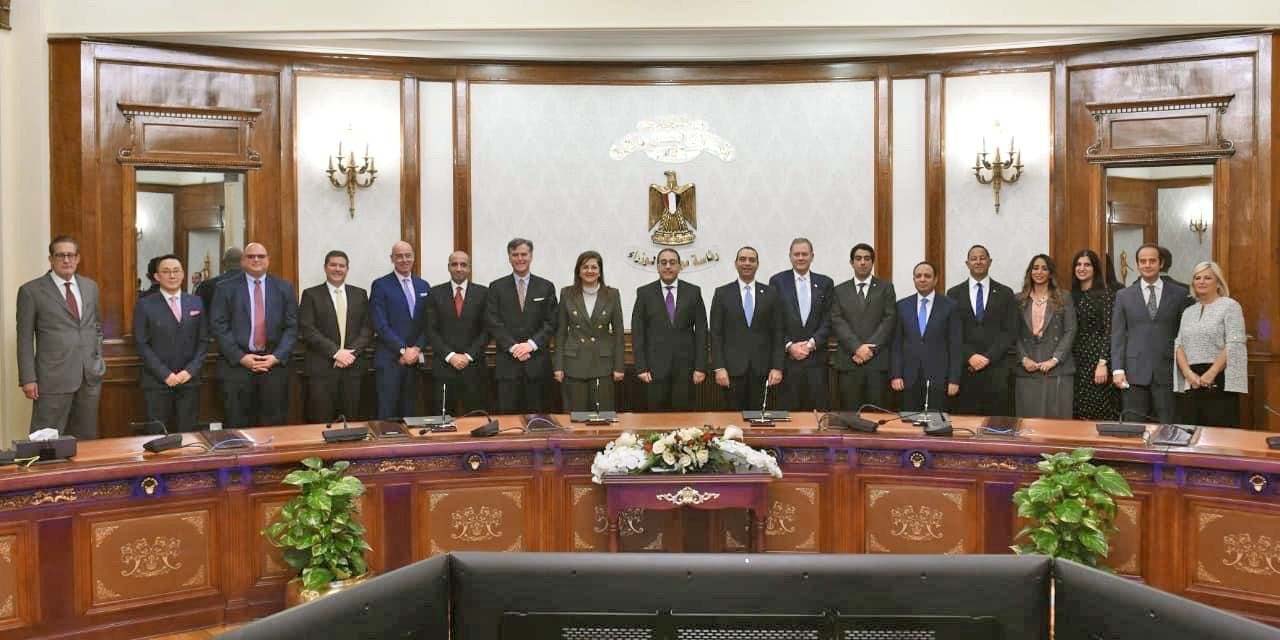 The agreement was signed by Eng. Amr Elhamy, CEO of Egypt’s Sub-Fund for Tourism, Real Estate Investment & Antiquities Development, and representatives from each member of the consortium, and was attended by representatives including Egyptian Prime Minister Dr. Moustafa Madbouly, Minister of Planning and Economic Development & Chairperson of The Sovereign Fund of Egypt H.E. Dr. Hala El-Said, and CEO of The Sovereign Fund of Egypt Mr. Ayman Soliman. “The unprecedented interest shown by key local and international companies was a true testament to the health of the investment climate in Egypt, and we hope to continue making use of such partnerships in maximizing returns on State Owned Assets whilst generating investment grade returns for future generation.” said Soliman.

Dr. Hala El-Said noted the monumental agreement and its impact both on Cairo and the Egyptian economy: “There is a huge appetite to enter the Egyptian market for the first time, despite the challenging global economic climate, which reflects the international trust in the Egyptian investment climate.”  She added that The Sovereign Fund of Egypt is a showcase of the application of economic and structural reforms in matching the appetite of private foreign investments and offering viable investment products that achieve sustainable returns in line with Egypt’s Sustainable Development Vision 2030.

Footage of the event can be found on The Egyptian Cabinet’s YouTube page, along with more information about the development.

About The Sovereign Fund of Egypt (“TSFE”)

The Sovereign Fund of Egypt was established in 2018 to attract private investment to Egypt and promote and co-invest in state-owned assets to maximize their value and support the Egyptian economy. Independently managed by senior finance executives, TSFE selects investable assets from public stakeholders and co-invests in them with local and foreign partners. The fund’s mission is to increase the private sector’s role in the economy and create more jobs for Egypt’s young population.

The fund operates under a special law which allows it to establish investment partnerships that offer unique opportunities for investors, to aid the government’s efforts to carry out structural reforms in various sectors and diversify Egypt’s growing economy.

The fund adheres to best international practices in all areas, operating with transparent and flexible investment rules, which enable diverse co-investment structures and good governance in management. The fund is supervised by a board of directors and a general assembly with the majority of members coming from the private sector.

Global Ventures Group is a United States organization that has assembled a team of capable and experienced individuals with proven companies to promote business development opportunities in the MENA Region. Their primary purpose is to assemble project-specific consortiums of individuals and companies to create and execute best-in-class development projects. The participants of Global are a seasoned group of professionals that have a high level of expertise in all aspects of real estate development and operations with extensive international experience in legal, architectural design and business planning.  Global’s objective is to identify opportunities abroad, source US and international companies most capable of executing, provide the seed capital necessary for due diligence, and act as strategic partner in implementing the business plan and successfully executing the project. The group’s portfolio of noted projects includes The Park Dearborn, Dearborn North Apartments, Dearborn Plaza Apartments and Sheridan Court Apartments in Chicago.  Visit gvgrp.com to learn more

Al Otaiba Investments fosters and harnesses opportunities across a diverse set of industries, markets and regions. Al Otaiba Investments seeks to collaborate, invest and drive the solutions necessary for impact, growth and sustainability across the world. Al Otaiba Investments was founded by Yousef Al Otaiba, Ambassador of the United Arab Emirates to the United States of America. Since his appointment, Ambassador Al Otaiba has made a positive impact on UAE-US relations, strengthening bilateral security and economic cooperation, and increasing cultural understanding between the two countries. In recognition of his loyal service to the UAE and leadership in building closer ties with the US, he was honored by the National U.S.-Arab Chamber of Commerce as Ambassador of the Year in 2010, promoted to Minister of State in 2017 and named among TIME’s 100 Most Influential People of 2020. Visit alotaibainvestments.com to learn more.